Imagine that your client wishes to expand in the UK. The company is a solid Italian company operating in a niche market but needs capital to expand. Two potential venture capitalists have expressed interest and your client does not want to miss this opportunity. You must prepare the accounts urgently in English and accompany your client to this meeting. This is a great opportunity for your firm and you as a professional Italian accountant. But with opportunities, there are also risks and the purpose of this short article is to highlight some of the main points we need to consider when we are acting for our clients in scenarios similar to this. One obvious starting point is to remember that Italian financial statements are prepared in accordance with the provisions of Articles 2423 – 2435bis of the Italian Civil Code. The UK does not have equivalent provisions in terms of law but financial statement are prepared in accordance with Financial Reporting Standards 100,101, 102, and 103 now collectively known as the New UK GAAP which became effective as of 1 January 2015.

However, professional advisers, including accountants, need to be aware of the development of tort law in England to avoid professional liability. This includes the internal auditors of a company and they can audit accounts for either private companies and publically listed companies. This is the equivalent of the Collegio Sindacale in the Italian system. Publically listed companies also need to have their accounts auditored by external auditors (Consiglio di Sorveglianza and external independent auditors in the Italian system). Therefore, although the two systems seem identical, the scope of liability may be wider under common law.

We can start this brief overview, with the landmark case of Hedley Byrne & Co v Heller & Partners Ltd (1964). This case which led to the development of professional indemnity in the UK and has been adopted by many other common law jurisdictions.

Prior to Hedley, all losses were based on the contractual relationship between the parties. In Hedley, the House of Lords overruled this position and established liability for ‘pure economic loss’ arising, not from contract, but from negligent misstatement. This was formulated using the concept of ‘assumption of responsibility’.

Hedley Byrne sued in negligence alleging that the information was given negligently and was misleading. Heller & Partners did not charge for the letter. It was given for free.

The Court held that there was a proximate relationship giving rise to a duty of care. It was reasonable for the defendants to know that the information was going to be relied upon and this created a special relationship in which the defendants should have taken sufficient care when giving advice. However, because of the express disclaimer in the letter, the Court held that there was no liability. Even though the Plaintiff failed in the action, this case was instrumental in establishing the doctrine of negligent misrepresentation in tort on the part of professional advisers. But, common law is an ever-evolving phenomenon, and so the issue did not come to a halt here.

In fact, there have been many developments of this principle. This brings us to another important case, Caparo Industries plc v Dickman [1990] UKHL 2. Here, the plaintiffs claimed damages from the accountants for alleged negligence. The Plaintiff had purchased shares in a target company and relied on the published and audited accounts. It was alleged that the accountants had overstated the company’s earnings. What did the Court decide?

The Court held that the duties of an auditor are regulated by the terms of their contract but the contract is subject to relevant statutory duties and auditing standards. In addition, auditors owe a duty of reasonable care when undertaking an audit of the Company’s accounts. This care is owed to the company in the interests of its shareholders and not to the individual shareholders directly. Therefore, liability for economic loss caused by negligent misstatement should be limited where the maker of the statement knows that the statement is made to an identified recipient and for a particular purpose and where the recipient relies upon the statement to his detriment. The effects of this case are that the House of Lords, not only laid down a three tier test of foreseeability, proximity and fairness but significantly widened the scope of liability.

So although the Court only concerned itself with protecting the company and individual shareholders it expanded the principle and laid down the groundwork for another important case – James McNaughton Paper Group Ltd v Hicks Anderson & Co, CA 1991.   This case also dealt with the liability of an auditor for negligence. The Court formulated a non-exhaustive list of factors to be taken into account when looking at the threefold tests mentioned above. What has become fundamental is that the Courts will now look at the purpose of the communications between auditors and the other parties in determining where there has been negligence.
The Courts will consider inter alia ‘(1) the purpose for which the statement was made. (2) the purpose for which the statement was communicated . (3) the relationship between the advisor, the advisee and any relevant third party. (4) the size of any class to which the advisee belongs. (5) the state of knowledge of the advisor. (6) reliance by the advisee.’ This is by no means an exhaustive list.

It is therefore, critically important to ensure that translations of Italian Financial Statements and any accompanying documents are accurate. You need to be prudent when advising or even writing letters or emails and clearly understand the scope of your responsibilities. This is not only to avoid contractual responsibility but more importantly, to avoid and if necessary, limit liability in tort. 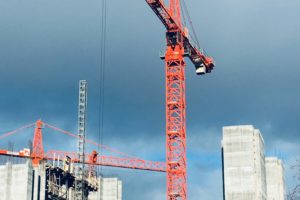 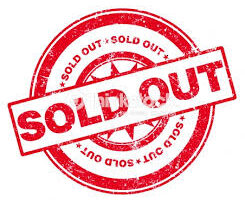 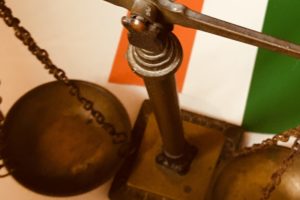 This is a demo store for testing purposes — no orders shall be fulfilled. Ignora